In almost all missions here at Coalition, vehicles will be used in many different capacities. It is important that you understand both ground and air vehicle operations if you plan on using them within sessions.

NOTE: the vehicle spawner also serves as a rearm/refuel/repair pad automatically for any vehicle on it.

Ground vehicles can range from an ATV to an M1A2 Abrams main battle tank during sessions.

Transport vehicles range from anything between light cars to heavy transport trucks. They are vehicles with very little to no combat effectiveness that are used to transport troops or supplies.

Transport vehicles are used to get from point A to point B. While most vehicles we use will be armed, you should not rely on them to provide as a frontline combat unit. With little to no armour and no crew protection, they make for easy targets. Instead you should try to use them as a base of fire, or to partially dismount and advance with the infantry.

These are armoured personnel carriers, infantry fighting vehicles and main battle tanks. Refer to vehicle identification for a detailed list of such vehicles. APCs and IFVs are capable of transporting troops into the battlefield with added protection.

Your role when you are crewing a combat capable vehicle is to support the infantry. The infantry will keep anti-tank crews away from you, while you support their advance and knock out any armor they encounter. You should never lead a push into a city or through hedgerows without infantry support. You have a mutually beneficial relationship with the infantry so use it to your advantage against enemy forces.

Tutorial by Jester on tank operations. It goes over tactics and strategy at both an individual level and at the company level. If you are interested in operating armored vehicles in ARMA with Coalition, you should watch this.

Has it's own page here.

Notes Common to Helicopters and Fixed-Wing

When the missile warning goes off, turn and burn

Helicopters are a complex and powerful tool for the Platoon. Platoon leaders need to understand their capabilities in order to make effective use of them. Pilots need to know how to properly fly the airframe in question in order to provide those capabilities. Don't take pilot/crew slots unless you know how to use those aircraft and their weapons.

Let's consider the many different types of helicopters and the different strategic and piloting considerations relevant to them. 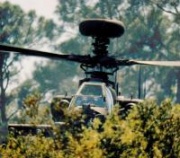 A good helo pilot hides in terrain until it's safe

I definitely need to expand this more.